I predicted on the House Floor in September 2011 that the Marriage Amendment would capture the attention of the Federal Courts, and actually bring gay marriage to North Carolina within 5 years.

I offered the only solution that would have actually protected Traditional Marriage — ending State licensure and giving it back to God — but that solution would not have made the political hay they were hoping for to help them win elections in 2012.

Fast forward to October 10th, 2014, and a decision by the federal courts forces North Carolina to recognize gay marriage, three years after my “within five years” prediction.

The truth is, the General Assembly in 2011 were more worried about getting reelected in 2012 than they were in actually protecting Traditional Marriage.

We need people in the Legislature who will put actual substance ahead of superficial style and who will put the actual needs wants and goals of North Carolinians ahead of their own reelection concerns.

If you, like me, support smaller, conservative limited government, real traditional values, and someone who considers all sides of a position and looks not only at the next election but five, ten, and twenty years ahead, please consider supporting me, Glen Bradley, for the North Carolina State House; and vote Glen Bradley in the May 8th Primary! 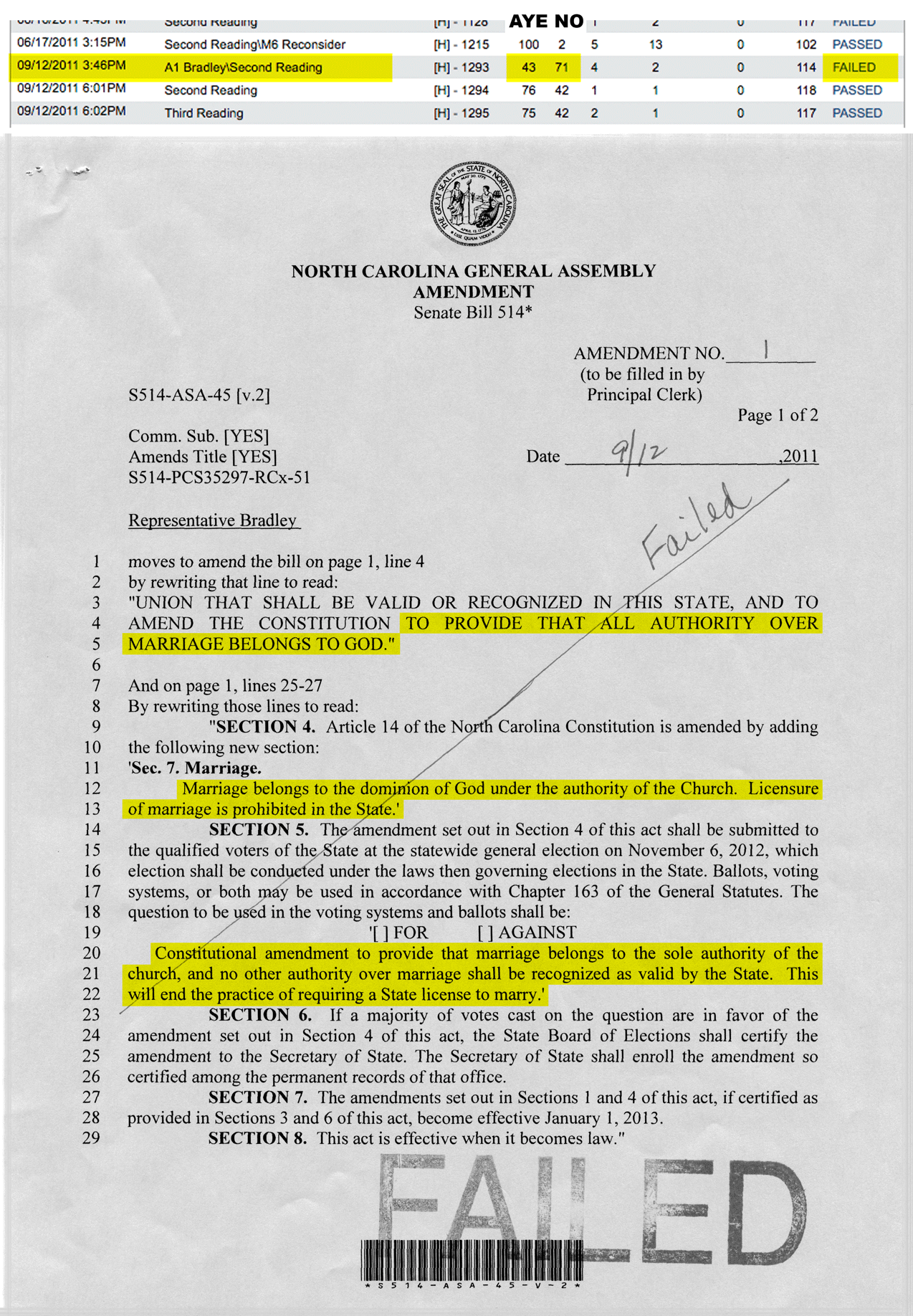 This amendment was offered by Glen Bradley on September 12th, 2011, to remove government authority over marriage altogether and return the institution to the sole dominion of God under the authority of the Church.

This is a position paper I offered in February of 2013, to help articulate my position on marriage to the North Carolina Republican Party.  Click to enlarge: 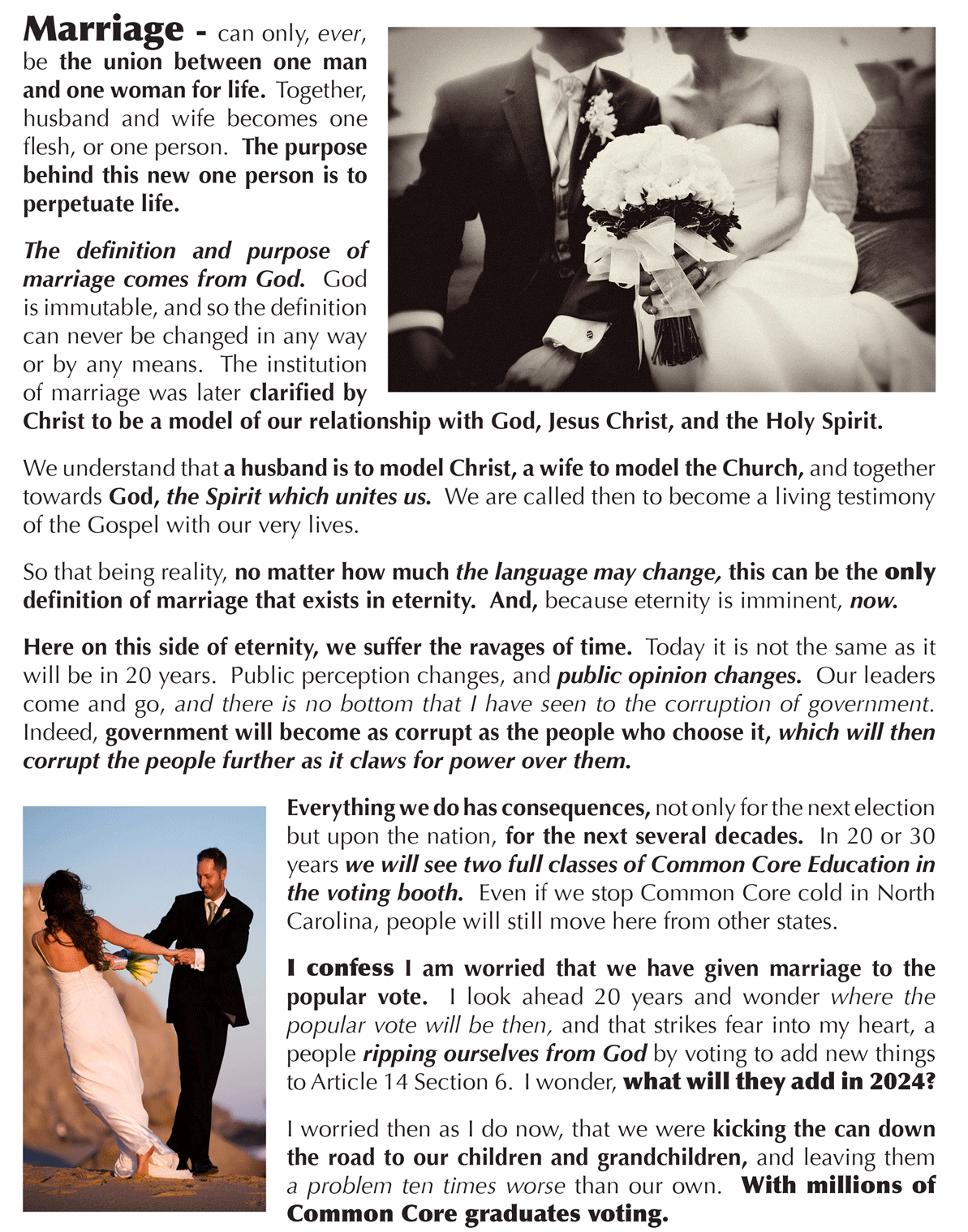 Honoring the Oath – US Marines